According to the pastor, the young man simply identified as Dave was stabbed to death by a homophobic killer he met online.  Recall that gay rights activist, Bisi Alimi had alleged that Dave was murdered on Monday February 21. Taking to his social media pages on Wednesday, February 23, Pastor Macaulay said that Nigeria is not safe for LGBTQ members.  “Dave was an openly gay man in Nigeria. Who was killed in his own home by a homophobic killer. From what I understand they met online which is not unusual with many app. His killer is at large, a likely serial killer, targeting the gay community,” the pastor wrote.

“It is sad that the lives of LGBTIQ people in Nigeria seems worthless and my heart is broken. Let’s get one thing right being gay is not a sin, but to murder someone on the grounds of their sexual orientation and gender identity is a terrible abomination.”LGBTIQ people are not legally protected in over 70 countries, criminalisation of our existence will only validate and increase the violence. Rest in Peace Dave. 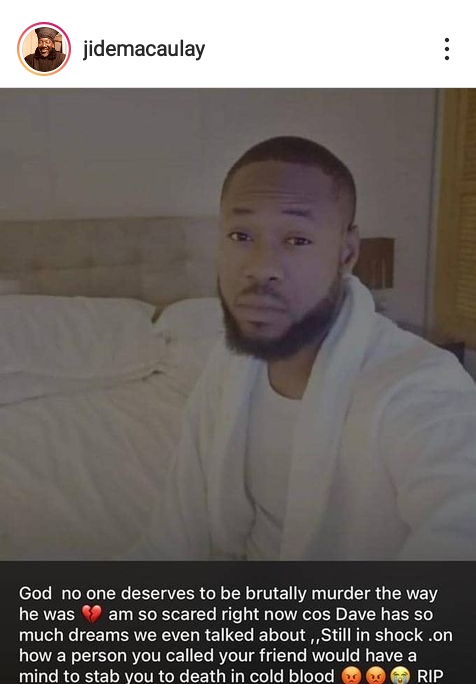 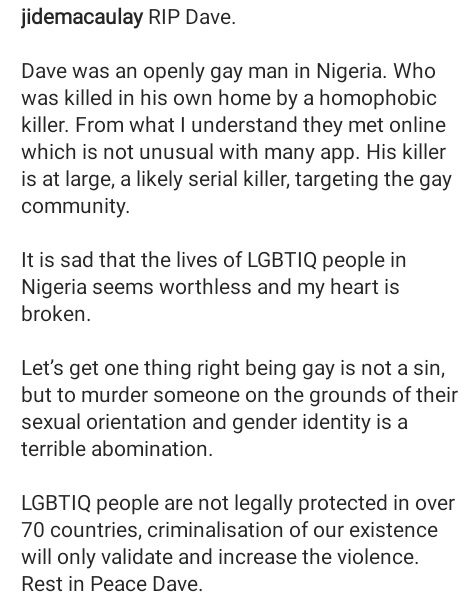 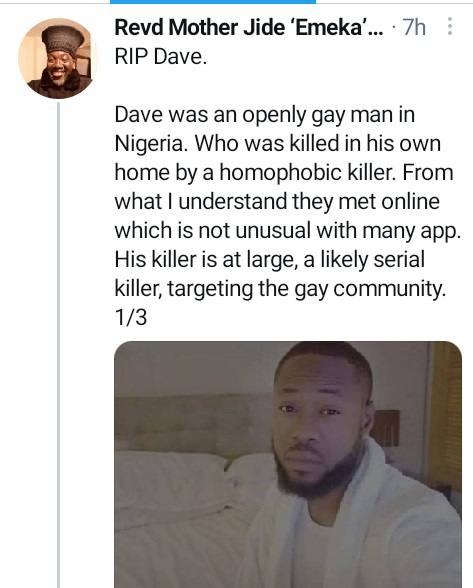 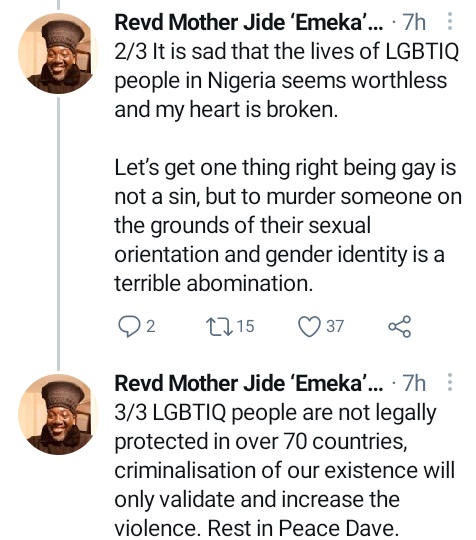