Many questions has been goin on in the mind of every bloggers in Nigeria. Recall that a popular forex and crypto trader, Zulash Sage called Sunnex Ozuawala a scammer and a thief. The young crypto trader came over to social media to make a press statement stating that the so called CEO used his influence to steal signals from his group and posted them on Social Medias to gain more buyers. Zulash also claimed that he never believed that Sunnex of Waploaded will definitely scam him with many others as he went away with millions of nairas.

“I never thought he would end up copying my premium signals and names and reselling them for his own interests...”

On the press release statement, he said; 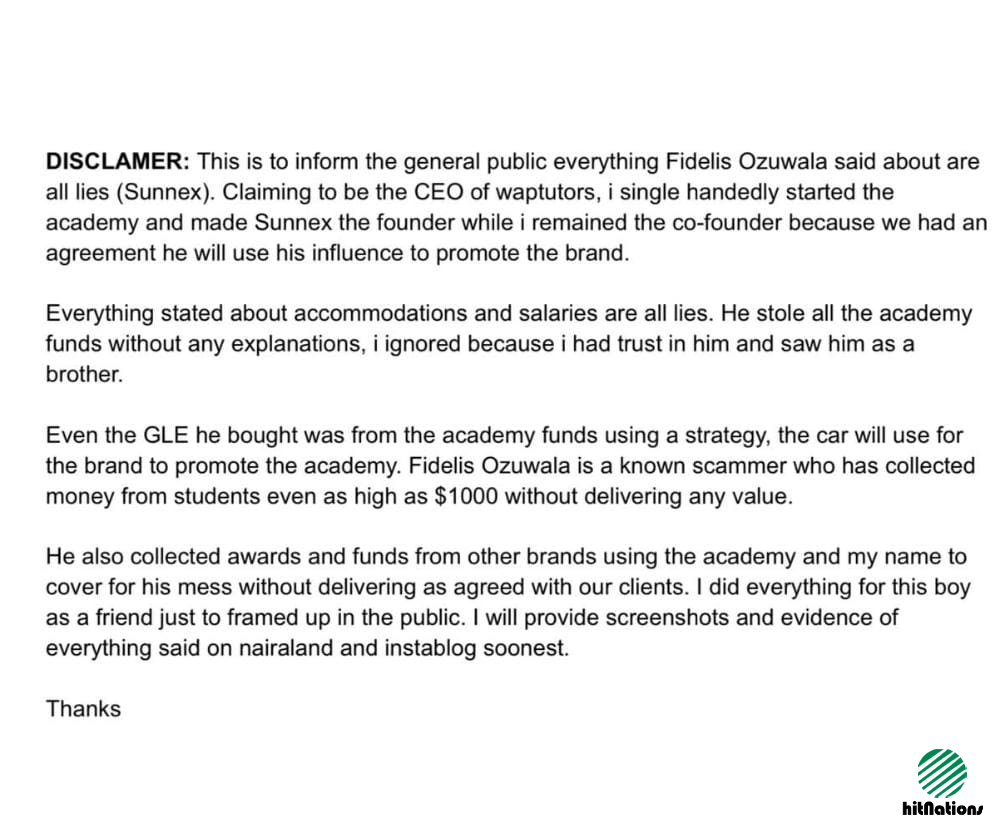 Peter And Paul, "P-Square" Plans To Collaborate On A New Song This 2022