Celebrity couple, Adekunle Gold and Simi decided to celebrate their 4th wedding anniversary in a special as they get matching tattoos.

Recall that Simi and Adekunle Gold got married in January 2019 in a private wedding ceremony, although they dated for five years before tying the knot.

However, Simi and Adekunle Gold who are well known for moving fans with their public display of love welcomed their first child, Adejare on 30th of May, 2020.

Taking to the Instagram story, Adekunle Gold shared a video of their new tattoos as a declaration of love for each other.

Adekunle Gold tattoo on his arm had a fully bloomed flower while that on Simi’s arm was a young flower accompanied with the caption “this flower bloomed in April.” 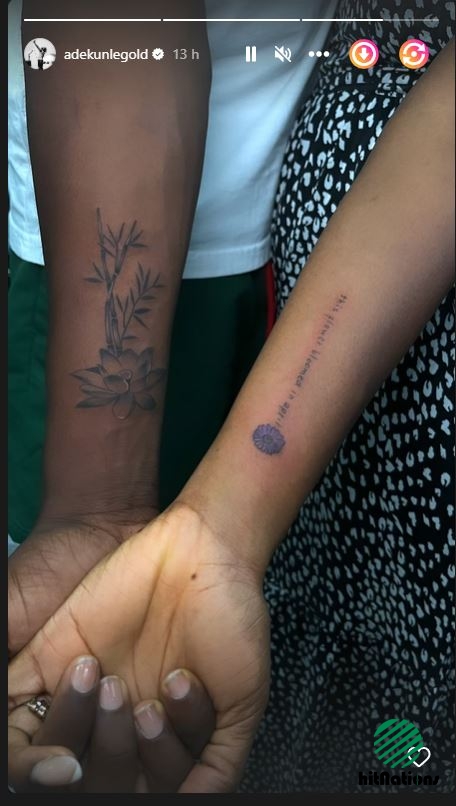 Styl Plus’ Four Year song which played in the background of the video set the anniversary atmosphere so well.

Watch the video below,

A post shared by Under The Sun Where Everything Unravels (@things_dey_occur)